I’m a big believer in Creative Collaboration*. I don’t support the illusion that just one person can do it all… in fact why would you want to? 🙂 Seriously though, it takes a village, and I’m incredibly grateful mine is full of very lovely, creative, amazing friends who have put their heart and soul into helping me realize my vision for WilloToons Connect! 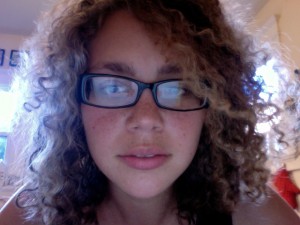 As a documentary shooter and producer, Alley integrates her love of film and interest in art, tech, social issues, and pretty much everything else! Right now her day job is producing written, visual, and audio public purpose media with the non-profit One Economy, and you can check some of her work at the Public Internet Channel, PIC.tv and TheBeehive.com. Alley Associate Produced the feature-length documentary Mine, winner of the Audience Award at both the 2009 SXSW Film Festival and the 2009 SF Documentary Festival, in addition to being featured on PBS’ Independent Lens series. She’s worked on indie docs Motherland, Corner Store, and Seeking Asian Female; working globally in San Francisco, Chicago, New Orleans and Hong Kong. Alley loves working on fun projects where she gets to learn a lot and work with rad people, which is why working on WilloToons Connect is a great fit for her! 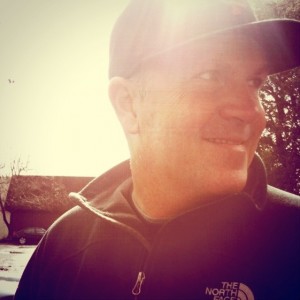 Steven Holmes started playing drums at 10 years of age and over the years picked up guitar, keyboards, bass and then eventually a camera. The camera changed everything and he quickly found himself shooting editorial and commercial work for clients like Bay Area Rapid Transit-BART, California Highway Patrol, USA Today, Sunset Publishing and others.

Along the way, Holmes studied filmmaking and became an expert at story development, cinematography and sound/picture editing. With the addition of his music instrumental and recording skills, STEVEN HOLMES STUDIO became a full-service film company.

Holmes is actively creating amazing stories that inform and inspire. His short-form videos are broadcast on the web and available for traditional broadcast. 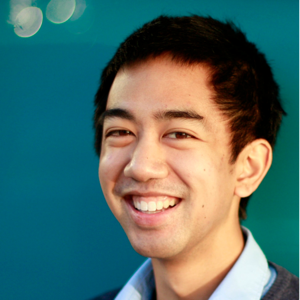 Brendon Patubo is a freelance videographer, graphic designer, and photographer in based in the Bay Area. He enjoys creating short films, having great conversations over coffee, and denying being hipster. 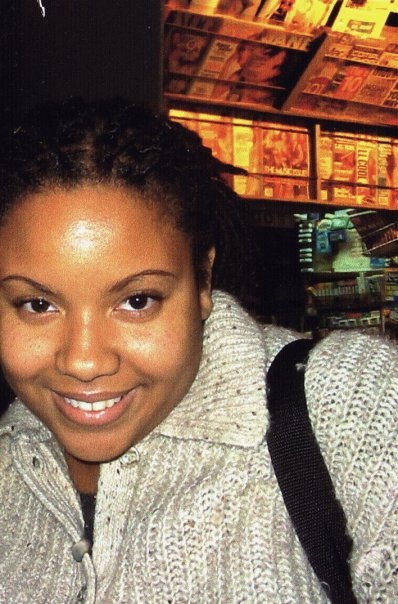 Karrie Myers Taylor is a video editor, writer and photographer whose specialty and love is creating promotional trailers for books, films and everything in between. Karrie’s freelance writing work has been published in TRACE, Fly and NRG Magazines and her photography has been printed in The New York Times. Most recently, Karrie created a series of trailers and implemented the work behind Frameline Voices, Frameline Film Festival’s new digital initiative.

Karrie brings original compositions, motion graphics and a poignant editing style to her work. She loves creating intelligent digital media and using it to craft inspiring, compelling stories and images. When she’s not out trying to save the world, she likes biking, baking, jewelry making and standing in front of any ocean, anywhere. Karrie’s reel {karrie.myers@gmail.com}

Erika NJ Alperin is a writer and marketing specialist based in San Francisco. She enjoys cocktails in the sun, comic books, and pretending to be baffled as to why she knows every lyric to every horrible pop song.

Camille Brenkwitz is currently a student pursuing a B.A. in Business with an emphasis in Marketing. She has fun, she has goals, she’s pretty excited, and she’s nice. When she’s not kicking butt in business class, she’s a stellar intern at WilloToons.com! If not at work or studying, Camille is always down for some delicious food, passionate people, and a helluva good conversation.

Coco Spencer is a student, majoring in education and broadcasting. She plays rugby, paints, knows a couple of jump rope tricks, works at a radi station, and is an advanced Connect Four player. She knows how to fix a toilet, gives free haircuts and loves artichokes.

Mai Le has been shooting street style photos in San Francisco since 2007. She vacillates between wanting to live a stable practical existence as a project manager and wanting to live an artistic life. In the interim, she can be spotted talking to strangers on Valencia Street or biking on 18th Street heading to or from Bi-Rite. If you see her, she’d like you to stop her and say “hi”. 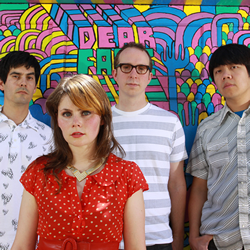 Big thanks to my friends in My First Earthquake, who’s song ‘Ice Queen’ makes the WilloToons Connect Trailer SO superduper fun! They’re brilliant, and even just put out a new album, called Friction, that is fantastic. 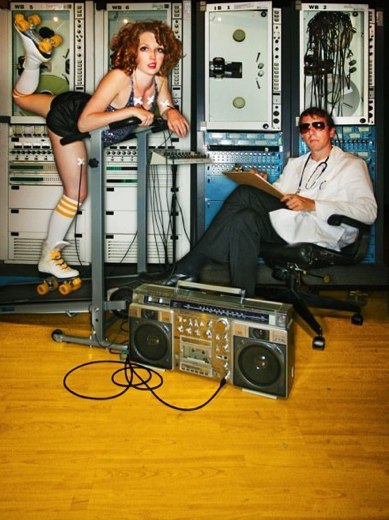 Oona is a high-energy, can’t-miss furry of awesome. Go ahead, snag their new album: Shhhhout! Oona’s song ‘Forbidden Sky’ is featured in the second trailer of the WilloToons Connect series. You can also hear it in episode two of WilloToons Connect, along with their song ‘There’s A Bridge’. 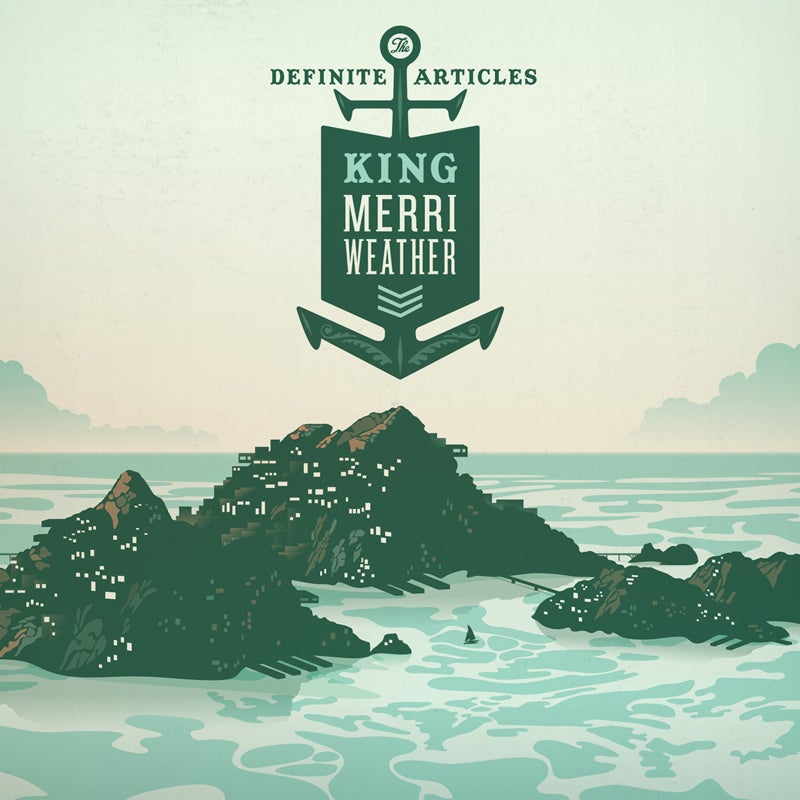 The Definite Articles – featured in the Marianne Elliott episode – are an orchestral rock project based in San Francisco, CA. Starting as a more string-based rock project, the band released the Boy Wonder EP in 2008. Since then, the scope of the arrangements has expanded to include woodwinds and horns as well as piano and guitar. Their first full-length to showcase these additions, King Merriweather, was recorded at John Vanderslice’s Tiny Telephone studio with the help of 30 musicians. 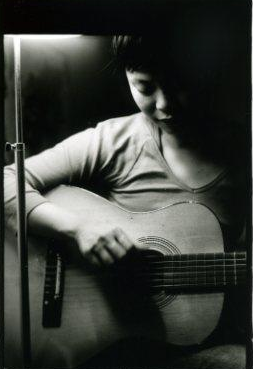 Anamude’s folk/pop music sets such a great tone at the beginning of the second WilloToons Connect episode, and through the transition. Her song ‘A Dim-Lit Road,’ is featured in the conversation with Mati Rose, and can be purchased here.

There are so many generous souls who have assisted me in manifesting my vision for WilloToons Connect – not the least of whom are the fabulous creatives I’ve sat down with to interview – that this page could probably go on for miles. And no part any less significant than another, as every little tiny bit helps!

More gratitude going out to my supportive friends…

* Seriously, I’m such a huge fan of collaboration, I lead talks on the subject. Here’s one from earlier this year: Creative Collaboration – Don’t DIY Alone, and I’ll be presenting on this topic again – with 2 other creative-collaborating-powerhouses – at this August’s Creative Conference of Entrepreneurs.